The before and after


It’s been a few weeks between blog posts because the kind of work that is being done on projects at the moment is about 60% waiting for things to be installed and 40% small details like siliconing around the bathrooms, and painting window frames which don’t make for great reading. 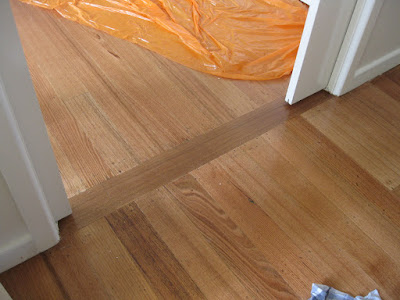 However, this week’s visit to the Will Street project has seen some big changes.  Namely, the flooring.  When I last posted, we were waiting for the painting to be finished so we could get some flooring down.  Well, the painting is now finished (well nearly), and not only do we have new carpet, but we also have sanded, stained and polished floorboards.  Talk about transform a building site into a home again !  It has even got the owners excited with the hushed tones of moving back in on the agenda. 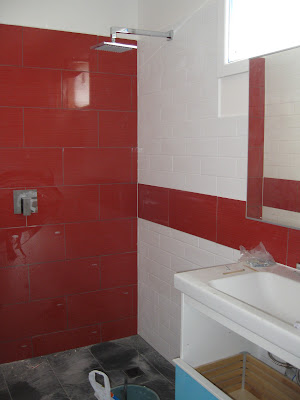 We also have nearly functioning bathrooms, which is pretty exciting.
We are still waiting on the wardrobes, the laundry fit out and the kitchen benches and splashbacks, which will be some major wow factor, but for this week I think the best way to demonstrate the transformation for this family is by showing before and after photos.
It should be noted that in some of the ‘before’ shots, it is hard to pull back and see the whole room in one photo.  This is because the rooms were so small that while taking the photos I am standing back as far as possible and still can’t fit the room into the shot.  Maybe I need to get myself one of those wide angled lenses that all real estate agents seem to have when taking photos.  If you’ve ever been house hunting, you’ll exactly what I mean !
So here is a bit of a tour ….  I’ll focus on ‘problem areas’ in the original house, which for these clients were kitchen, dining, laundry, and lounge. 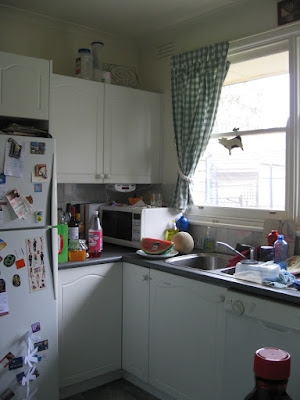 First up, the kitchen.  The original kitchen at Will street wasn’t particularly old.  I’d say it was put in in the early 1990’s and was light, bright, cheap and cheerful.  Given the level of quality, it was probably quite reasonable that it needed replacing 20 years later – the main issue was the size.  It was tiny, and totally enclosed except for a doorway into the dining area and a doorway into the hallway. 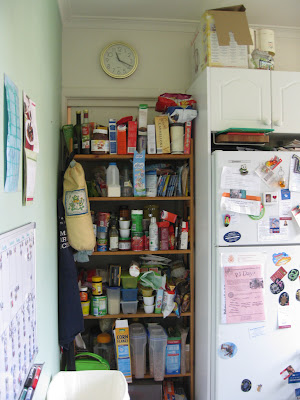 Also, the fact that it had no pantry, yes you heard it – no pantry, the clients had installed some pantry shelving in front of the doorway into the hallway in order to be able to store food actually in the kitchen.  The result, a total shambles of course.  The total lack of bench space, food storage, storage for plates, platters and appliances meant that every bit of available space was jammed packed with all the things that didn’t have a home. 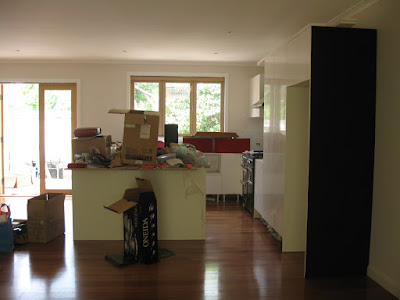 So, with the new kitchen, we targeted the key issues.  First, a kitchen that is totally enclosed, so the new kitchen sits within a corner of the open plan living and dining area.  When extra space is needed in the kitchen, because it is now part of a larger space, it can expand and then contract again to accommodate the spatial requirements.  Secondly, food storage.  This was something that we played with a bit.  Pantries come in all shapes, sizes and configurations, but we settled on a simple 1m wide cupboard configuration which provided maximum space for minimum cost. 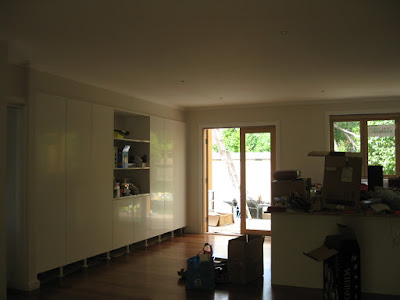 We also got smart and designed a massive wall unit using the standard configurations available from the flat pack kitchen company who did the kitchen.  This saved us thousands on custom joinery.  The builder built the wall unit into the wall for us for only $220, so we have the custom look without the custom price tag !
So, now to the existing dining area.  The main issue – no surprises here.  Enclosed on three sides, which we have already discussed is very inflexible, and too small ! 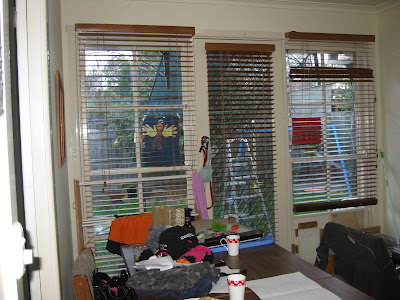 The solution was to design a much larger space which sits within an open plan area.  This not only gives the illusion of more space, but actually provides a larger, more flexible space, which again can be made larger or smaller to suit the need.
These days, sometimes the only flat space to do anything on is the dining table, meaning that many of us have the nightly ritual of cleaning all the accumulated stuff off the dining table so we can set the table and eat dinner.  Will street was no exception to this, with the dining table used for everything from homework to planning their extension !  Hopefully, the new island bench in the kitchen will also provide some additional flat space for homework and all the other uses for a table top. 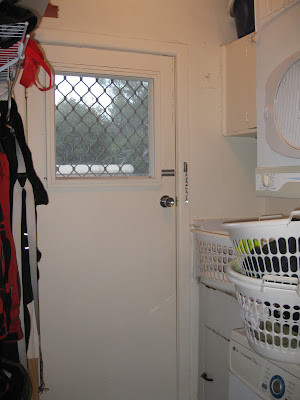 Thirdly, and probably what I considered to be the room with the biggest space issues, the laundry.  The existing laundry consisted of a door in, a door out, the world’s ugliest laundry sink, and a space for the washing machine.  That’s it.  So for a family of four, it really just didn’t cut it.  The solution was to give the owners a much bigger space, one with natural light, with a full length bench top, a full height storage cupboard, and as much storage as we could squeeze into it, not to mention a few handy storage cupboards for the sorting and storing of washing in it’s various stages. 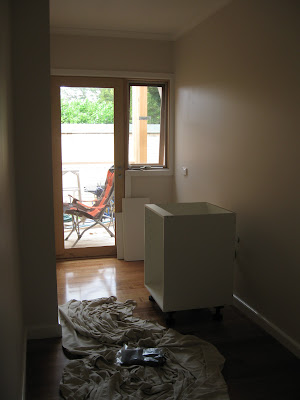 Still a work in progress as we speak with cupboards being installed, but you be the judge – better ?  We think so.
We think the back of the house is a bit of an improvement as well. 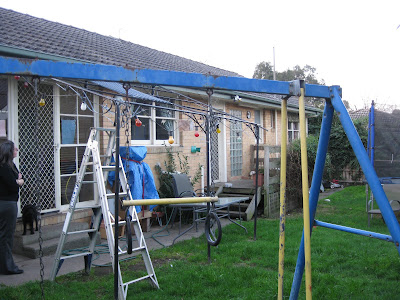 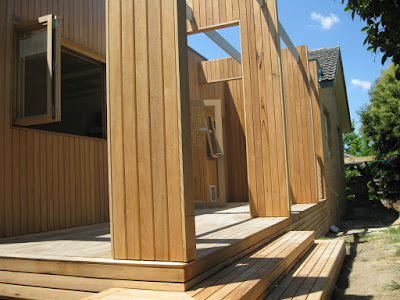 So what is the problem area at your place ???
Posted by Rachel McGlashan at 02:17 No comments: